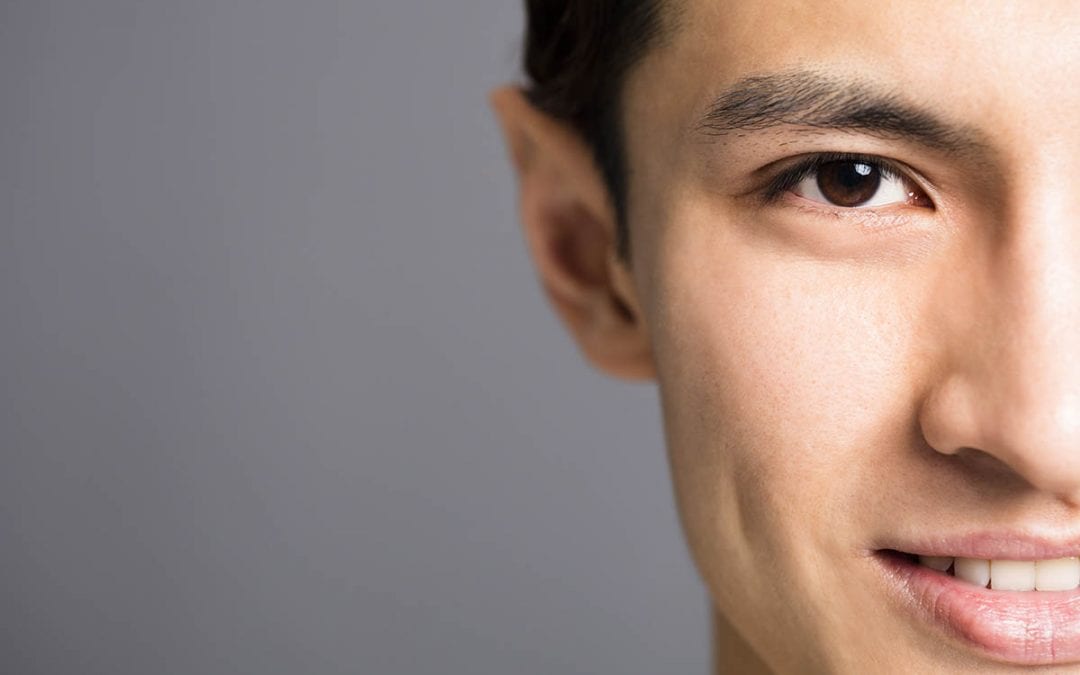 In Toronto, double eyelid surgery and Asian blepharoplasty are terms used interchangeably. This cosmetic surgery refers to the enhancement of upper eyelids to create a fold or crease where there was none or where there were multiple smaller folds.

A mono-lid and ample fat pads over the eye are common ethnic characteristics for many Asian clients. Rather than seeking eyelid changes to achieve a more youthful look (as is common among European patients), double eyelid surgery strives to widen the eye area, remove drooping or heavy lids, and create an eyelid crease above the lashline.

The precise placement of this fold and the characteristics of the double lids depend somewhat on patient preference, the aesthetic style and approach of the surgeon, and the existing anatomy of a patient’s eye area.

Because Toronto is a multi-ethnic urban centre, Dr. Torgerson and the plastic surgery specialists at Sovereign MD have the pleasure of treating diverse clientele with a variety of ethnic backgrounds and aesthetic goals. Asian eyelid surgery is a top-requested procedure, and we’ve developed innovative approaches to this sub-specialty of facial plastic surgery.

Here we’ll explain some of the technical differences when performing Asian-specific blepharoplasty compared with other forms of eyelid enhancements.

What is Asian Blepharoplasty?

Blepharoplasty can refer to the treatment of both lower and upper lids. People of all backgrounds sometimes develop protruding, puffy lower lids or “eyelid bags”. They can be removed and smoothed through lower lid surgery. The patient may have fat pads removed through a discreet, transconjunctival incision that’s hidden inside, or they can have excess skin excised and a small incision placed under the lash line.

While patients of all ethnicities choose lower eyelid surgery for a variety of reasons, Asian eyelid surgery usually refers to the enhancement of the upper lids.

Double eyelid surgery has become a phenomenon amongst men and women alike who are seeking to change the shape of their eyelids. Additionally, some people have an unsatisfactory primary blepharoplasty and choose revision procedures. Though double eyelid surgery can achieve subtle results that don’t dramatically alter the appearance, after multiple operations sometimes the pre-op eye shape differs significantly from the post-op shape.

Asian eyelid surgery aims to create a permanent and natural-looking fold in the upper eyelids and may also remove excessive tissue. For most patients, a critical aspect of their desired outcome is also to maintain their distinctive features and ethnicity. They want improvements that align with their overall look in a harmonious way.

Many Asian people don’t have a crease in their upper lids. From the top lashline to the eyebrow, a smooth single lid surface is often present.

Some people have partial or inconsistent creases, and others see multiple small creases rather than one pronounced fold on each lid. Some eyes are asymmetrical. One eye may have a crease while the other doesn’t. The majority of people with European ethnicity have a double fold naturally.

Another anatomical characteristic that Asian people often have is eyelids that begin close to the base of the nose and create a hooded effect. In some cases, hooded upper eyelid skin means that the eyes don’t open widely, and they may appear perpetually tired. Asian double eyelid surgery techniques aim to open up space in the inner eyelid region through the removal of skin in that area.

Asian patients also complain of “puffy” upper lids or bulging eyelids due to ample fat pads, which naturally push out on the thin skin in that region. While the development of bulging eye fat pads is prevalent in ageing European patients due to muscle and skin laxity, patients who are young with firm, youthful skin will experience this phenomenon simply due to genetics and hereditary characteristics. Luckily, it’s possible to extract fat from the eyelid area through tiny incisions, and youthful skin is typically elastic enough to retract smoothly.

Younger Asian cosmetic patients are often interested in double eyelid fold creation on its own, while older Asian clients will undergo rejuvenating blepharoplasty to remove fat and sagging skin.

Many people prefer a clearly defined eyelid fold and smooth lid. Not only Asian patients, but anyone who has minimal space in that area may wish to gain more area for applying eye shadow or to appear more wide-eyed and rested through eyelid surgery.

There are 2 primary methods for performing double-fold surgery. They are called partial incision and the suture technique.

For a partial incision blepharoplasty, Dr. Torgerson creates a 1-centimetre incision where the crease will be on the upper eyelid. The precise placement of the line will be based on the patient’s facial features and detailed measurements so that the proportion of eyelid spacing is very natural and ideal. That small incision allows for the fold to be created and stitched in place with tiny sutures. The scar line created will be very fine, faint, and barely visible once healed.

The other popular method is referred to as the suture technique or non-incision eyelid surgery. Asian patients in Toronto often choose this less-invasive option, but it’s essential to understand the results can reverse over time.

With or without incisions, the recovery after Asian eyelid surgery is usually straightforward and relatively fast. That’s because in most cases, tiny incisions and minimal trauma will occur. Unless the patient is having a reconstructive eyelid surgery, a revision eyelid surgery, or extensive eyelid skin removal, the simple double-fold creation allows for fast recovery.

As with any facial cosmetic surgery, it’s reasonable to see some bruising and temporary swelling. The skin around your eyes is particularly sensitive, so it’s prone to swelling and irritation while healing. You’ll be advised to rest your eyes and keep your head elevated for the first week after your procedure. The first 3 to 5 days is when the majority of sensitivity is experienced, and your eyelid surgeon will provide you with pain medication to take, if needed. In most cases, resting the eyes and avoiding any blood pressure increases or bending over will keep you comfortable and will resolve swelling fast.

Most people report an 80% to 90% reduction in swelling in the first 2 weeks. They can usually return to light activities like school and desk work after just 1 week. At that point, you may appear completely normal to people who don’t know you’ve had Asian eyelid surgery, though you’ll still need to treat the area delicately for another week or two. After 1 week, you can resume applying makeup and can treat the area as you normally would. Scars will fade throughout the first year. Your doctor will likely recommend sunblock to protect the scars from UV rays, which can lead to unwanted scar pigment.

The next step is a blepharoplasty consultation

Before undergoing any cosmetic surgery, we recommend that you choose a surgeon who specializes in the area of your procedure. They should be fully accredited by the appropriate regulatory boards and should have plenty of practice experience under their belt. In Toronto, the Royal College of Physicians and Surgeons of Canada set the standards for surgeons, and your eyelid specialist should list their accreditation among their credentials. Dr. Torgerson dedicates his surgical practice to procedures of the head and neck, making him adept and knowledgable in many types of blepharoplasty. His clientele consists of a high number of Asian patients seeking double eyelid enhancements each year.

When you schedule your private consultation with Dr. Torgerson, you can access an expansive portfolio of before and after photos showing blepharoplasty patients who’ve consented to share their images in the office. We value patient discretion and your ability to gather information in a pressure-free environment.

When it comes to your eyes, see the specialist

Dr. Torgerson understands Asian facial features and customized surgical techniques to deliver satisfying, harmonious results. During your consultation, he’ll explain the procedure for Asian eyelid surgery and any possible changes you can expect. Plus he’ll share digital 3D imaging to demonstrate projected outcomes. Dr. Torgerson will explain the risks to consider, the recovery period, and all costs. When you’re ready to proceed, we also offer partnerships with reputable financing companies that help make payments more convenient with monthly plans. You can feel free to ask questions, take your time, and consider the beautiful possibilities. Would you like to learn more about Asian eyelid surgery in Toronto? We’ll be pleased to schedule your appointment. We look forward to helping you reveal the look that you’ll love.