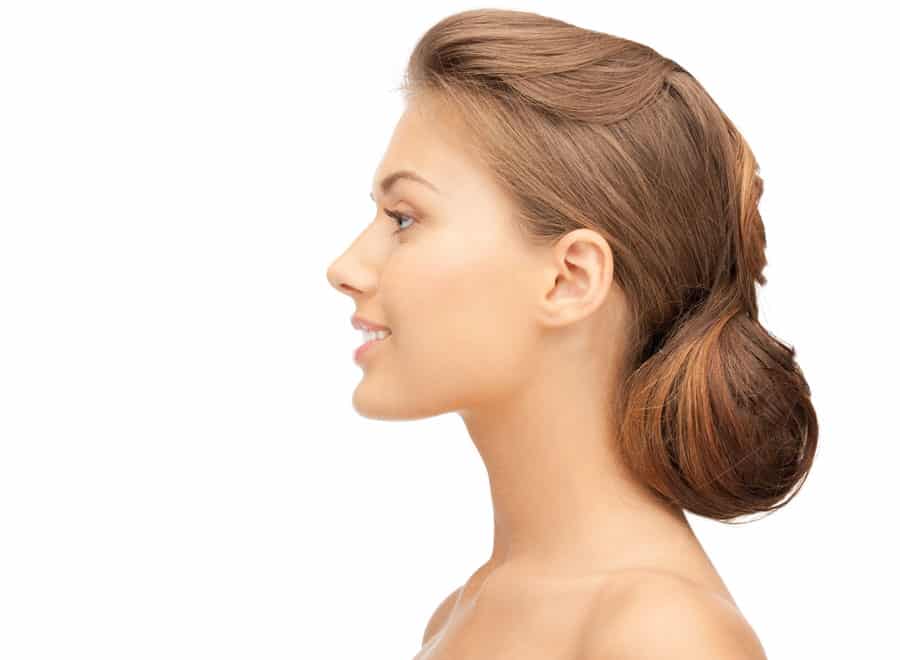 Cosmetic nasal surgery is often performed for aesthetic reasons. However, that is not always the reason why people decide to get a facial surgical procedure. Functional rhinoplasty is another genre of nasal plastic surgery that is done for the purpose of achieving improvements in airway function without making any changes to the nasal contour. A skilled plastic surgeon will consider optimizing the appearance as well as the nasal breathing for the right patient. Both procedures can be performed independently, but the common scenario involves the patient seeking both functional and cosmetic improvement.

Airway obstruction can be caused by a variety of conditions that often lead to discomfort for people, especially during their sleep. Symptoms of functional airway obstruction include nasal congestion, mouth breathing during regular breathing or at night, dry mouth, or a reduced sense of smell. Secondary side effects of chronic nasal obstruction can result in nosebleeds, recurrent sinus infections, sinus pressure headaches, Eustachian tube dysfunction, or sleep disturbance. When these chronic symptoms are left untreated, they can eventually lead to further complications such as insomnia, hypertension, obstructive sleep apnea, or other serious illnesses like heart disease. These conditions are often hard to address with other therapeutic methods, so the best way to resolve these problematic symptoms is surgical treatment of the internal nasal passage. Surgical procedures that do not alter the appearance of the outer nose are referred to as nasal septoplasty, turbinate reduction, and nasal polyp removal. Patients with a significant deviated nasal septum (the wall that separates the right and left nasal chambers) often suffer from breathing problems. In addition, people who suffer from allergies tend to develop enlarged nasal tissue (called turbinates), which blocks their airways. Polyps and other nasal conditions can also contribute to breathing difficulties.

Alternatively known as submucous septal resection and septal reconstruction, nasal septoplasty is a corrective surgical procedure to straighten the nasal septum, the partition between the two nasal cavities. Ideally, the septum should run down the center of the nose. When it deviates into one of the cavities, it narrows that cavity and impedes airflow. Deviated nasal septum or “crooked” internal nose can occur at childbirth or as the result of an injury or other trauma. If the wall that functions as a separator of both sides of the nose is tilted towards one side at a degree greater than 50%, it might cause difficulty breathing. Often the inferior turbinate on the opposite side enlarges, which is termed compensatory hypertrophy. Deviations of the septum can lead to nasal obstruction. Most surgeries are completed in 60 minutes or less, while the recovery time could be up to several weeks. Septoplasty is sometimes done with rhinoplasty for the cosmetic correction of the deformities of the external nasal framework.

This procedure usually involves a judicious excision/realignment of a portion of the bone and/or cartilage in the nasal cavity. Under general or local anaesthesia, the surgeon works through the nostrils, making an incision in the lining of the septum to reach the cartilage/bone targeted in the operation. Sufficient cartilage and bone is preserved for structural support. After the septum is straightened, it may then be stabilized temporarily with small plastic tubes, splints, or sutures internally.

The turbinates are important structures in the nasal airway. Their primary function is to warm and humidify the air we breathe in. There are three turbinates on each side of the nasal cavity – superior, middle, and inferior – each with a slightly different function.

The inferior turbinate runs the length of the nasal cavity. Typically, the turbinates swell and shrink as a natural way to regulate airflow. However, with chronic inflammation from sinusitis or allergies, an increase in the size of the turbinate may occur. This in turn may lead to increased nasal obstruction, snoring, and occasionally, obstructive sleep apnea.

Paying attention to the turbinates and correctly dealing with them can be the difference between success and failure in nasal surgery. Enlargement of the turbinates, known as turbinate hypertrophy, is another common cause of nasal obstruction, especially with patients with long-standing nasal allergies.

The only surgery that is done to the inferior turbinate is surgery designed to reduce the size. Some of the procedures also reduce the inferior turbinate’s ability to enlarge by coagulating the vascular tissue under the surface. That method of reduction often includes directly cutting a portion off of the bottom resection, and removing bone from below the mucous membrane submucous resection. Some plastic surgeons use various electric devices to remove tissue from below the surface or fracture the turbinate outward or use a combination of all reduction methods. Because the turbinate structure is quite large, it is often helpful to remove a portion known as partial turbinate resection. In general, a strip of tissue off of the bottom is removed.

This method does not provide enough reduction for some situations, but most patients with turbinate enlargement will get satisfactory relief. Plasma generator turbinate reduction is done by passing a small probe, like a wire, under the surface of the turbinate. On the tip of the wire is an electrode that, in conjunction with a very special frequency and voltage of electricity, forms a sodium ion plasma from the electrolytes in your tissues. This plasma cloud acts to vaporize tissues and coagulate vessels. It accomplishes this with less heat than standard cauterization techniques that have been used for decades. Less heat means less post-operative discomfort and less healing time.

The inferior turbinate will often have some spare room under itself in the place called the inferior meatus. When the base of the turbinate is fractured, it can be displaced laterally and moved out of the airway and into a location that is less critical for breathing.

Nasal polyps are benign, grape-like growths that sometimes obstruct the nasal passages. The removal of the polyps are relatively simple; however, the reoccurrence is quite likely. To reduce reoccurrence rates, a more aggressive approach can be implemented by treating the allergies that are causing the symptoms in the first place.

Nasal passage breathing can be corrected with a rhinoplasty and/or sinus surgery where the surgeon widens the sinus passage to allow for proper drainage to the nose. Your doctor may recommend nasal airway surgery for other conditions like septal spur headaches and septal deformities that may cause uncontrollable nosebleeds.